Tradition, culture and history contribute to the whole tourist offer of Bulgaria and gets a very specific, unique atmosphere that is remembered long after the visit to one of the destinations. This trail can be followed independently of the classical primary objective – summer or winter holidays and if you come up with ideas, you are just a step away from entering into a new, magical world. They open the medieval monastery gate, fortifications, roads wines, picturesque villages with ancient cellars, and dilapidated kitchen with forgotten dishes “old traditional food”…

The history of this coastal town takes over millennia. It was founded by the Thracians as a strategic fortress at the end of a small rocky peninsula connected to the mainland by a narrow earthen tab. He represented a very important port in its long history and is often change rulers. That is why today within the walls of this unique city the remains of almost all great civilizations that inhabited this region. On the peninsula, on a relatively small area, there are 12 churches from different historical periods, mainly Byzantine, even older remains of the period of ancient Greece and later Rome, and there is a great preserved and protected old Bulgarian traditional architecture.

The entire old town of Nessebar is under the protection of UNESCO as part of world cultural heritage.

Contemporary moment brought Nesebar epithet extremely popular summer destination that with all the conveniences and conditions necessary for a vacation on the coast, offers and enjoy learning about cultural treasures and rich history.

Sunny Beach is the largest Wild Beauty Resort on the southern part of the Bulgarian Black Sea coast.

Modern hotel complexes and villas all along the beautiful sandy beaches, make a real town and offer all the comfort, recreation and entertainment for visitors of all ages. Another attraction is the large aqua park Sunny Beach.

Most beautiful part is certainly coast after which the entire city was named – naturally formed sand dunes, beach 8 km long and wide from 30 to 60 meters with a wide range of attractive water sports. The beach has a blue flag.

Sunny Beach is a place that never sleeps, and it is one of the reasons it is quite popular among young people. Conduit is versatile and guaranteed – a large number of restaurants, bars, discotheques, clubs that are open all night … are part of what offers one of the most visited destinations on the Black Sea.

Plovdiv, the second largest and one of the oldest towns in Bulgaria and Europe, beautifully situated on the banks of the river Marica, on top of six unique crystal hill 150 km east of Sofia. Plovdiv is one of the most beautiful and most exciting centers of Bulgaria. Plovdiv is the administrative center of Plovdiv Province in southern Bulgaria and the largest and most important city in Northern Thrace and the wider international historical region of Thrace.

Plovdiv is divided into two parts – the old town, the three eastern hills, and the lower town, which extends the plain below the city. Today Plovdiv offers fun and exciting experiences, but the old town best transmitted and provides the atmosphere and culture of the city. The ancient part of the town of Plovdiv, on three hills is the architectural entity, which to this day has preserved the atmosphere of the Bulgarian Renaissance, while the modern Plovdiv trade and cultural center. At one point Plovdiv are concentrated museums, churches, banks, hotels, cafes, restaurants, cinemas, shops, galleries, bars, markets, music clubs, casinos …. Here lie the remains of the Roman Stadium and the ruins of the Forum, but is seen and several mosques and original Turkish bath. The most notable legacy Filipopolis from the time of Roman rule – the amphitheater were adorned with decorative floors, usually with large compositions in mosaics.

the unique skye colors like picture and authentic mountain town is in the southwestern part of Bulgaria. Romantic and idyllic, ethno village built in the old Balkan architectural style. Bansko is a unique architectural and spatial solution that its appearance mimics the traditional look of the Old Bulgarian town with characteristic mountain houses made of wood with striking wooden terraces, narrow cobblestone streets, small picturesque squares, churches and inns.

Bansko is situated on the periphery of the famous Pirin Mountains, 160 km away from the capital Sofia and 40 km from the small local center of Blagoevgrad. Pirin Mountain is one of the world’s natural resources under the protection of UNESCO

Explore Sofia and its attractions! Visit the oldest building in Sofia – the rotunda of St.. George and Alexander  Nevski cathedral, royal palace and Battenbergov mausoleum. Stroll and the National Library of St. Cyril and Methodius, and numerous museums are part of beautiful Sofia. Discover and nightlife capital, in which the famous Sofia.

Best Recipes and Drinks in Bulgaria:

The foundation of the original Bulgarian cuisine are natural and fresh foods today, just like sometimes come from the fertile fields and grassy pastures, and gardens, orchards and gardens.

Bulgaria can truly boast an abundance of different vegetables and fruits, grains, meat and milk and meat and dairy products. Bulgaria dishes based on high-quality vegetables that is exported, potato, eggplant, zucchini, tomatoes, peppers, cucumbers, cabbage, carrots, onion, beans and peas, but for example on wheat, barley, rye, corn and rice. Vegetables are so popular that there are many dishes in two versions, with and without meat. From fruits to be eaten fresh, but also in various desserts and processed in compotes and jams, favorites are apricots, peaches, apples, pears, cherries, strawberries, watermelons, melons and table grapes.

Although Bulgarians eat meat twice less than other peoples in the Balkans , in the kitchen they use different types of meat , pork , lamb , mutton , beef, poultry, and their entrails and different products and natural freshwater and saltwater fish and seafood . Typical daily midday meal (around 13:00) must begin a large salad bowl , which, depending on the season of fresh or pickled salads fruits . For the main course usually have meat and vegetables, a variety of moussaka, casseroles, steaks in sauce, stuffed fish and grilled meat. With the main course is served compulsory contribution of rice, or potatoes. Breakfast is traditionally eat dairy products, especially thick yogurt mixed with honey, or jam, sweet, or savory pancakes and cheese strudel – Banitsa.

For breakfast Bulgarians consume barefoot beverage made from malt reminiscent of chocolate milk, and yogurt Ayran diluted with water. For dinner, on the menu is simple dishes with little to drink milk, and wine. Bulgarians, who are very welcome, guests are welcomed with traditional bread and salt, usually the favorite mixture of salt, paprika, savory, or cucumber and cheese, and other plants spicy meatballs, and kebap the most meat products in Bulgaria, which are made of minced pork and beef with the addition of spices. Meatballs and kebap prepared in various forms and with a variety of spices, traditional cooking – grilled. Meatballs and kebap, with a side dish of tomatoes, cucumbers, roasted potatoes or a salad are the favorite Bulgarian specialty. Mixed grill – The grill can add the traditional spices and flavors of tomato, pepper, eggplant, onion, garlic and black pepper. Tripe soup (chorba SHKEMBI) are often prepared in Bulgaria, as well as various aspic sprinkle with cheese and extremely tasty smoked sausage Lukanka. Other popular dishes in Bulgaria Oriental origin – moussaka, casseroles, Banitsa – spirally rolled strudel of thin pastry stuffed mostly crumbled sheep cheese, eggs, sauteed leek or spinach, and pumpkins, apples and marmalade, coated with plenty of butter. Malebi – a cake made of corn flour, milk, and sugar sprinkled with rose water, served with ice cream, and strawberries. Tikvenik is strudel with pumpkins, ground walnuts and cinnamon.

Bulgarians are known as gourmands and great wine lovers. They love their spirits with which necessarily begins and ends with the main meal of the day, which are in addition to drink and in various other situations and at different times. Among the many spirits, many of them bake by themselves at home is plum (basins), grapes, apricot, and brandy with anise (mastic) and Muscat (Muscat).

Spirits are poured into glasses delicious and are very strong, and usually contain about 40% alcohol, while domestic may be as high as 60%. With a glass of brandy in all circumstances be sure to serve a small snack, monthly, and enjoy the table can last for hours. Bulgarian recently and enjoyed with the beer. Though what for centuries had no chance next favorite brandy and wine, and appeared only in the second half of the 19th century and was only available to the rich, the beer industry is now developing rapidly and dynamically, and the sale of many of the original species. For example, among them the most popular Kameniza, Zagorka, Schumensko, Pirinski, Bulgaria, Boljarka, and Almus. 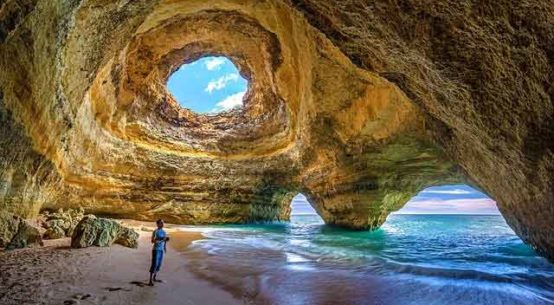 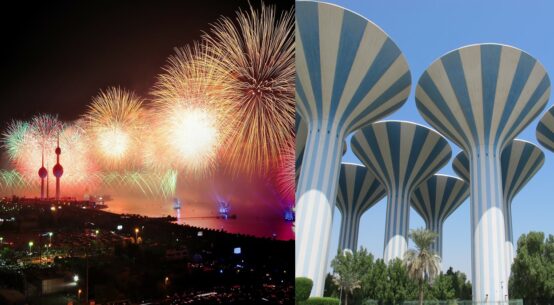 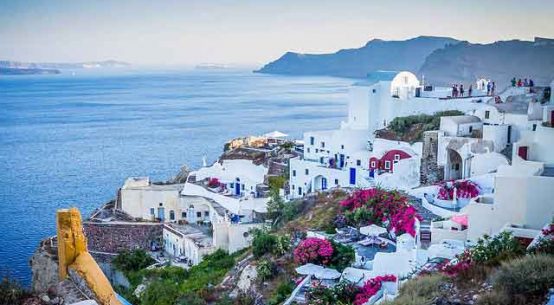 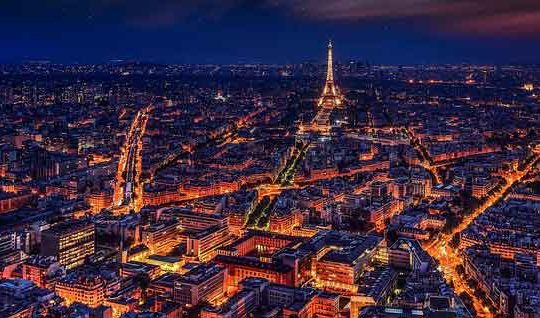 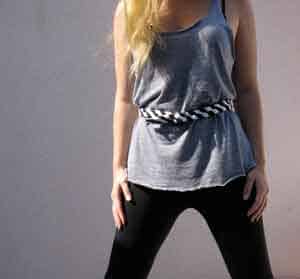 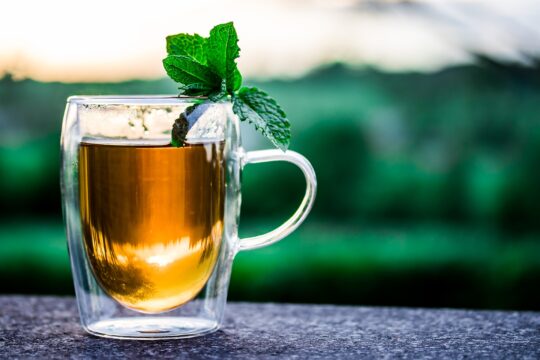 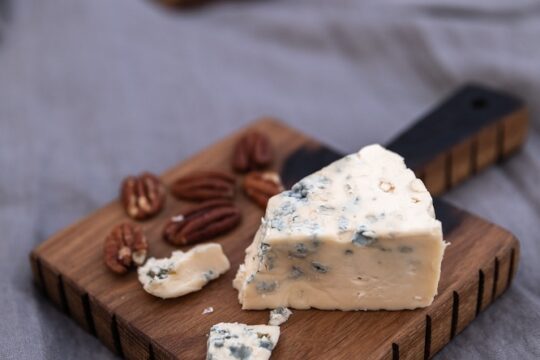 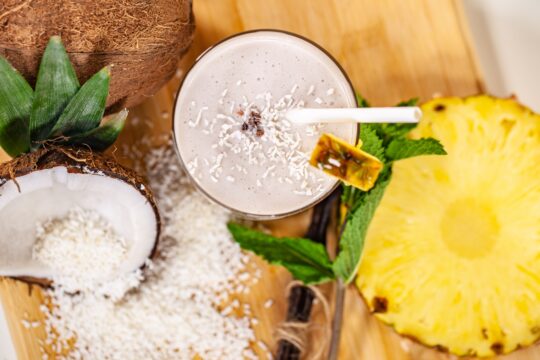